I know I have sent this out previously but I thought I would send it out again, as it may interest some of you. This is a free online course that explains the phonics programme we are following in school. There is also a video by the Sounds-Write team modelling supporting with reading with younger children.
We follow something called sounds write which is accredited by the department of education. This programme ultimately aims at building reading fluency and enjoyment for reading.
This first course focuses upon the early stages which we look at in Early Years and Key Stage 1.
I do hope some of you find it of interest, if you have any questions please do not hesitate to ask. 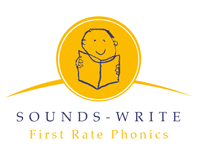 At Marshland St James, we use the Sounds-Write phonics programme to teach our children to read, spell and write.  Sounds-Write is effective in teaching pupils to read, spell and write because it starts from what all children know from a very early age – the sounds of their own language. From there, it takes them in carefully sequenced, incremental steps and teaches them how each of the 44 or so sounds in the English language can be spelt.

The words used in the teaching process and the conceptual knowledge of how the alphabet code works are introduced from simple to complex, in accordance with the fundamental principles of psychological learning theory. For example, at the start, simple, mutually implied (one sound, one spelling) CVC words (consonant, vowel, consonant) only are introduced. Pupils quickly learn to read and spell words such as 'mum', 'dog', 'jam' and 'sit'. When all the single-letter sound-spelling correspondences have been introduced and established, Sounds-Write initiates the concept that the sounds /l/, /f/, /s/, and /z/ can be spelt with the two letter-spellings <ll>, <ff>, <ss>' and <zz> respectively.

As the programme progresses, the complexity of one-syllable words is carefully increased through a variety of VCC, CVCC, CCVC, CCVCC and CCCVC words, such as, for example, 'elf', 'hand', 'swim', 'trust' and 'scrub'.

After this, pupils' understanding of the concept 'two letters - one sound' is further developed through the introduction of the most common consonant two-letter spellings: <sh>, <ch> '' and  <th>, in words like 'shop', 'chimp' and 'thin', for example.

Finally, two, three and four letter spellings of the vowels are introduced and pupils are taught how to read and spell polysyllabic words, starting with simpler words (such as 'bedbug') and gradually moving to the more complex (such as 'mathematical').

All of this is taught within a well-structured, incremental and coherent framework based on the knowledge - both conceptual and factual (see below) – on which the alphabet principle and thus the writing system is based and the three key skills needed to enable learners to use the principle effectively.

Our approach teaches the conceptual understanding needed to become an effective reader:

Within this conceptual framework, we teach the factual knowledge required to become an effective reader and speller: the approximately 176 spellings that represent the 44 or so sounds in English, starting with the most simple one-to-one correspondences.

Reading and spelling also requires expertise in the skills necessary to make use of the alphabet code and pupils need to be able to:

Sounds-Write provides opportunities for practising these skills on an everyday basis until pupils achieve the automaticity required for fluent reading and spelling.